Summer is officially here, and as usual we’ve had a mixed bag when it comes to the weather. One thing you can rely on though, is our PR agency in Leeds marvelous monthly roundup!

A positive recurring theme, running throughout 2019, has been brands raising awareness of social issues. Some of the world’s biggest companies have chosen to use their budgets and global clout to take on some pretty serious issues. In a month that brought us Mental Health Awareness week, it is therefore unsurprising that the biggest PR and social media campaigns had well-being at their core.

NatWest highlight ‘A woman’s worth’

In a bid to tackle ‘financial confidence’ NatWest partnered with Stylist magazine this month, for a PR campaign that apologises for the way in which banks have historically dealt with women.

The campaign launched on May‚ 22nd with a PR stunt in London. A letter from NatWest, – which is in the magazine – was handed out at Farringdon Station, admitting that banks have often got it wrong when dealing with women. It went on to say the banking sector owes women an apology for “patronising you, ignoring you, talking to your husbands, fathers and brothers instead of you and making far too many suggestions that your earnings and expenditures are meaningless and trivial. The launch of this campaign of course got the social stratosphere talking, with some twitter users calling it a ‘PR disaster’. 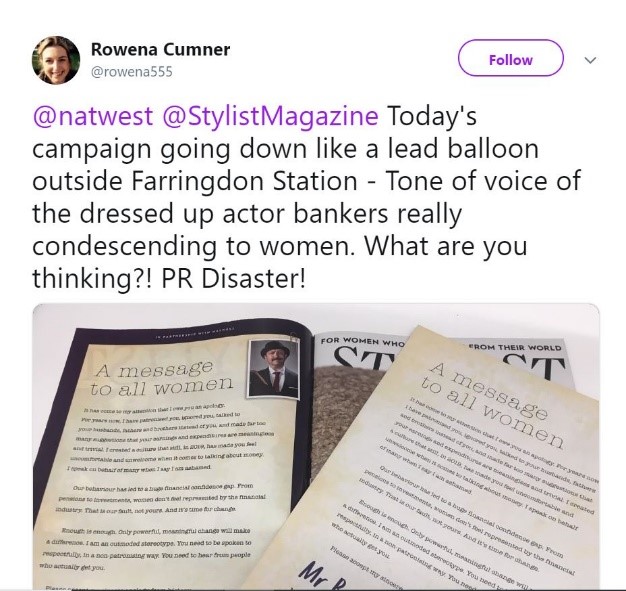 However, Ella Dolphin, chief executive of The Stylist Group, said the campaign was deliberately provocative, despite Twitter reactions suggesting “it really missed the mark” and it was the “right sentiment, wrong way of going about it”.

The stunt in London was just the start of a seven-month campaign in which the high street bank plans to ‘smash the stereotypes’ that exist in the banking industry, be more representative in branch and close the investment gap. Whether you feel it was a great move or not our PR agency in Leeds is sure it will have grabbed your attention.

For several years now, there have been calls for models to better represent women in the media and thankfully there has indeed been a positive shift in how women are represented.

This month Boots has once again been challenging unrealistic bikini body images with its summer campaign. And now, well-being platform Manual has launched its own image led campaign to tackle unrealistic body-image representations of men in the media.

The platform claims that while inclusivity has come a long way for many women’s brands, it has yet to impact men’s brands in the same way and the constant representation of the ‘ideal man’ in advertising is adversely affecting men’s mental health.

There has been growing concern over men’s mental health for some time now, with many celebrates including Jason Manford, Zayn Malik and even Prince Harry using social media to talk open and honestly about their battles with mental health.

This comment from co-founder of Manual, George Pallis sums the issue up nicely, “in a world where opening up about mental and physical wellbeing is arguably more crucial than ever before, it’s vital that we all work together to de-stigmatise men’s wellness and improve the health and happiness of men everywhere.”

Gillette ask men to be #mybestself

Our PR agency in Leeds discussed the Gillette #bestmencanbe campaign earlier this year. While not officially aired in the UK, the ad caused a huge stir when it was released across the pond in the USA. The campaign was met with backlash from many – including Piers Morgan – who said it wasn’t the brands place to comment on issues such a feminism. Undeterred by this, Gillette has stood firm that it has a responsibility to get involved with these debates, as the world’s biggest marketer to men.

With the belief that it needs to openly talk about issues around gender, the brand has launched its #mybestself campaign.

The new campaign features Samson, a transgender teen who is being taught to shave for the first time by his father. Speaking on the video Samson talks about his positive feelings following his transition. 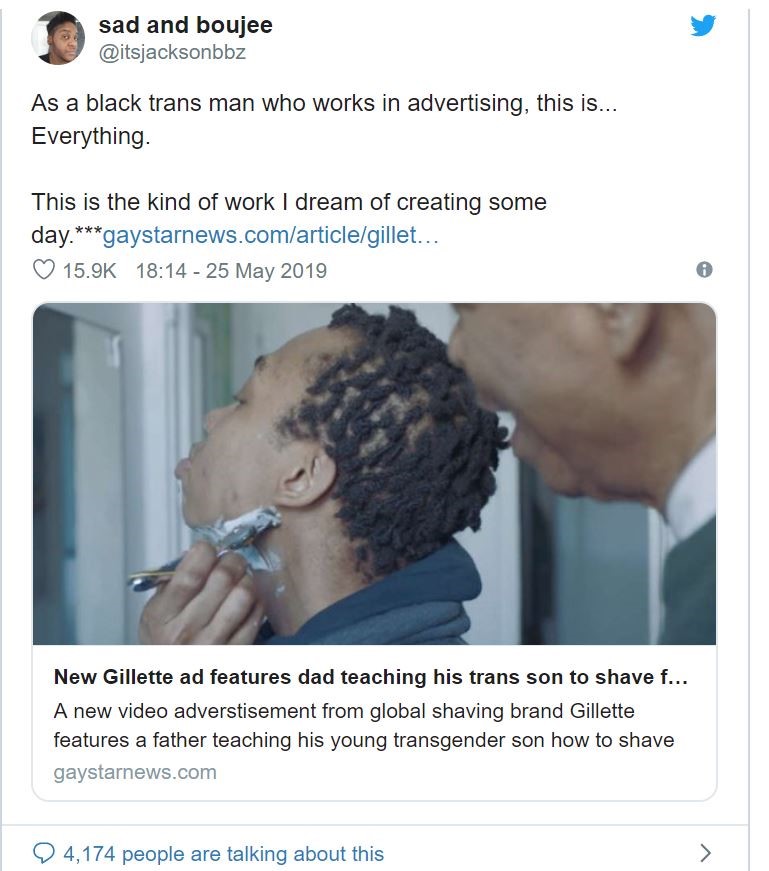 The film has been met with applause across social media and many in the transgender community have lauded Gillette for discussing an issue that is close to the hearts of many within the community.

We too think that Gillette should be applauded for openly addressing issues that other brands are afraid to. In a world that is becoming increasingly divisive we need big brands to remind us that whatever our differences, we are all human!

Some other social media-y stuff

In other news this month, a new report has found that Facebook engagement is in decline, while Instagram is on the rise and LinkedIn has acquired a data personalisation platform to improve its ad targeting. As a social media agency, we’re looking forward to seeing the results of this for ourselves.

Last but certainly not least, Tango has returned to our screens this month with an erm:. interesting advertising campaign featuring a girl accidentally ‘sexting’ her dad and a ‘Tanguru’ offering wise advice.

Our PR agency in Leeds is sure that June will be just as busy as May, so check back when here next month for your update on the biggest stories in the PR and social media world!