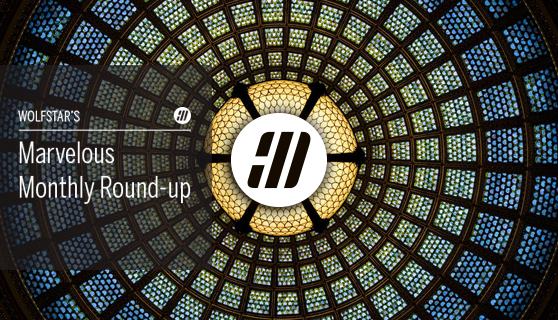 Well, we’re not sure how it has happened but it’s that time of the year again. The leaves are on the ground and the nights are drawing in. It’s official, autumn is here. If you’ve been too busy stocking up on winter essentials or playing in the fallen leaves to notice what’s been happening in the digital marketing world, fear not. Our marvellous monthly roundup will have you up to date in a jiffy.

The end of the big-budget Christmas ad productions.

Supermarket giant Morrisons has announced that it is going digital with its marketing. Rather than focusing its budget on traditional TV ads, the brand is set to move towards more cost-effective forms of advertising. However, it said this could be at the expense of ‘reach’. This may well be in the brand’s favour though. We all know that reach isn’t everything and a more targeted and nuanced approach is needed to really connect with our audiences these days.

The brand has also told us not to expect a big production as part of its Christmas advertising. It said it would rather put the money into its stores and lower the price point on its own-brand products. This doesn’t mean that it’s making cutbacks though. In fact, it is stepping up its partnership with Amazon, as it looks to grow its own grocery business in the UK. Morrisons expects to grow alongside Amazon and believes that moving into the wholesale sector will allow it to do this.

We’re not sure how we feel about the lack of a Christmas production from Morrisons. The annual productions from household brands have become a huge part of Christmas tradition in homes up and down the country. However, we salute Morrisons for recognising the need to be more digitally-minded and for using the budget to make improvements. It is a bold move and we hope it pays off for the brand.

The North Face moving focus from ideals to product

It seems that every brand on the planet has turned its marketing in the direction of sustainability. Faced with the climate strike generation, brands have been forced to look at how they operate and start to make changes which are then reflected in their marketing output – think Timberland planting trees. However, outdoor brand The North Face has always been ahead of the sustainability game.

In its latest campaign to promote its Futurelight fabric innovation, The North Face has focused on the product in order to cut through the current sustainability noise. The brand has said that there is no better way to be sustainable than to create products that last a lifetime. The North Face knows its audience and believes that product integrity and sustainability is something that really resonates. Which is why its marketing will focus on that rather than just what the brand stands for.

This is a wonderful example of a brand that genuinely cares about sustainability. So much so, that it is woven into its DNA – it’s not just on the bandwagon of the next big trend. This is something we have discussed in the office a lot of late and it is a breath of fresh air to see a global brand really innovating to make a difference and not just paying lip service to it.

In a radical move to boost income, the Royal National Lifeboat Institution (RNLI) has decided to start using ‘legitimate interest’ to contact potential supporters. In 2015 the charity announced that it was moving to an ‘opt-in’ model, ahead of GDPR. However, after losing £28.5 million in financial resources last year and 1.5 million from its database, the RNLI has now reversed this decision.

Charities are able to use ‘legitimate interest’ to contact people and don’t have to have expressed consent as long. They simply have to review whether the person they are contacting would reasonably expect to hear from them. The charity believes that this will allow it to fundraise more effectively.

After reporting a drop in legacy donors the charity is also planning to trial door drops, which it used successfully in the past. It also plans to use Direct Response Television, which would be new to the charity.

The introduction of GDPR in 2018 has meant that it can be trickier for charities to fundraise. It’s also taken time to build databases back up. However, we believe that following this difficult period charities are able to create databases that contain higher quality ‘leads’ than before, meaning in the end, they will benefit from GDPR. Find out more about our work with charities and how we can help here.

Our Leeds PR agency is excited to see what October brings to the world of communications and digital marketing, so be sure to check back next month for more unmissable stories!